When you book with an account, you will be able to track your payment status, track the confirmation and you can also rate the tour after you finished the tour.
Sign Up
1008

The Rongai route is the only route that approaches Kilimanjaro from the north, close to the Kenyan border. Though gaining popularity amongst climbers, Rongai has low traffic. It is the preferred route for those looking for an alternative to the crowded Marangu route, for those who would like a more remote hike, and for those who are climbing during the rainy season (the north side receives less precipitation).

Arrive anytime at Kilimanjaro International Airport (JRO) or from a Nairobi shuttle transfer, there will be transferred to your hotel in Moshi for your overnight.

The best months for Climbing Mount Kilimanjaro
Normally April and May are the months with long rains and should be avoided.
November is usually short rains but it is not often rains all day.
The best time for climbing mount Kilimanjaro is January to February and September.
July to August can be colder and November to December can be wetter.
January to March is the warmest months, almost clear of clouds each evening and morning.
The success rates with our guides are outstanding compared to the overall success rates for all climbers who attempt to reach the top.

We will gather in the evening at 5:30 pm for a pre-climb briefing and an equipment check. We will also confirm you have the appropriate mandatory medical coverage and travel insurance.

After an early breakfast in Arusha, you will drive to the Rongai (Nalemoru) Gate near the Kenya border. We begin our climb on this unspoilt wilderness route. The walk then starts to climb consistently, but gently through attractive forest that shelters a variety of wildlife. The forest begins to thin out and the first camp is at the edge of the moorland zone (2600 m.) with extensive views over the Kenyan plains. The first day is only a half-day walk. Nalemoru Gate to Rongai Camp (2,600 m): 3-4 hours walking

The morning walk is a steady ascent up to the Second Cave, (3,450m) with superb views of Kibo and the Eastern ice fields on the crater rim. After hot lunch we have a free time to rest at the camp or in the afternoon we can explore the surrounding area for acclimatisation walk to Third Cave. Rongai Camp to Second Cave (3,450 m): 3-4 hours walking.

Gradual rise through beautiful open moorland towards jagged pinnacles of Mawenzi to Kikelewa Camp (3679m) we reach in late afternoon at Kikelewa Caves for dinner and overnight at the camp. Second Cave to Kikelewa Cave (3.600 m): 3-4 hours walking.

Today we cross the lunar desert of the saddle between Mawenzi and KiboHut (4700m), at the bottom of the Kibo Crater wall by early afternoon. There is no running water at Kibo Hut. The remainder of the day is spent relaxing in preparation for the final ascent before a very early night. Mawenzi Turn to Kibo Hut (4,700m); 5-6 hours walking.

Day 7:Kibo Hut to Summit to Horrombo Hut (Full board)

Wake up before midnight in the cover of darkness. We begin a steep climb over loose volcanic scree has some well-graded zig-zags and a slow but steady pace will take us to rim of the main crater, Gillman’s 5,685 m. We will rest there for few minutes to enjoy the sunrise over Mawenzi. Those who are still feeling good can continue slowly to make the three hour round trip from here along the crater rim to Uhuru peak 5,895 m. which is the highest point in Africa. After a few minutes to appreciate your accomplishment we descend to Kiko Hut is amazingly fast, and we stop at Kibo Hut for some refreshment, we continue to descend to reach Horrombo Hut. Kibo Hut to Summit to Horombo Hut (3100 m): 13-15 hours walking.

Today we will descend past Mandara hut to Marangu Gate, successful climbers will receive their summit certificates. From here you will be transferred to Kilimanjaro Mountain Resort for dinner and overnight. Horombo hut to Marangu Gate. (6-7 hours walking).

Depart from Marangu gate to Kilimanjaro International Airport (JRO) or other destinations in Tanzania or Kenya. 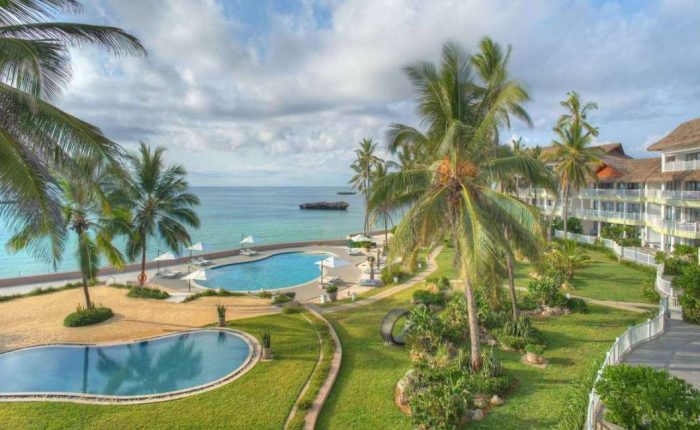